New to AmigaOS 4: Eliyahu helps you with guide

A great AW.net moderator Eliyahu  has made this simple and nice guide 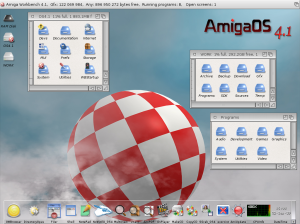 a few months ago we had another new-to-OS4 user ask the same questions. i responded in this thread, but i’ll repeat it here, too:

there is a tremendous amount of software that works well on amiga NG machines, both classic software from the 68K days as well as more modern applications. obviously exploring os4depot and aminet should be your first stops, but here are some of the tools i use on my SAM on a regular basis:

* astronomy: i’m a bit of a ‘backyard astronomer’ as it were so my absolute favorite amiga application is easily the superb digital universefrom bill eaves. it is commercially available, but very reasonably priced, and unlike astronomy programs on other platforms, this one gets you the information you need for observation quickly, easily, and without flim-flam. it is also hugely scriptable via REXX and is nice for demonstrations i sometimes do for neighborhood schoolchildren. a version of celestia, an open-source program from the GNU/linux world, is also available although requires miniGL — so you may have issues running it on your X1000 before the release of OS4.2.

* audio: coupled with a nice audio card, you’d be surprised what you can do with a modern amiga. previously commercial, audio evolution— a multi-track audio editing suite — is now available for free. additionally you’ll also want to check out HD-REC if you’re into MIDI. you’ll also want to try soundFX 4.3 on your system as well; although a classic application it works beautifully on my SAM. of course if you want to build up your MP3 collection, you’ll want ADripper to rip your CDs, tunenet or amigaamp3 to play them, and amipodder if you’re into podcasts. amuse is also good if you need a last.fm client. lastly you’ll want to play MODs — this is an amiga, after all — so check outmilkytracker, or hivelytracker, or schism, or ….

* emulation: there are emulators available for just about every classic computing or console platform you can imagine. among the ones i use are amiNES (for the original NES console), basilisk2 (for the classic Macintosh), DOSbox (for old DOS programs), E-UAE (for amiga games that ‘pound’ the custom chipset), hatari (for atari ST programs), KEGS (for apple IIgs emulation), VICE (for C64 and C128 games), and warpSNES (for the SNES). you’ll also find emulators for spectrum systems, amstrads, the original playstation, neogeo arcade games, and many others.

* graphics: most of the graphics tools i use from the classic days. among them are imageFX, photogenics, and fxpaint — which are available commercially — and tvpaint, personal paint, and perfect paint — which are freely available. probably the most used on my SAM is the photoshop-like arteffect from alinea, available for e15 including a printed manual. there’s also terrific 3D applications including the modern blender, the still-commercially available aladdin 4D, and the freely available lightwave 3D. if you want to work with vector graphics, check out amifig or the classic drawstudio v2.0, although finding the latter isn’t easy. there are many available graphics viewers out there for browsing your photo collection: amiphoto from alinea is my personal favorite, although warpview is excellent as well. some folks like loview.

* internet: this has been touched on by previous posters. among the tools to check out are, for IRC, amIRC for OS4 and wookiechat. for instant messaging you can use jabberwocky for google talk (and other services using a jabber backbone) and sabreMSN (for windows live messaging). folks have touched on browsers well enough: i find netsurf and MUIOWB to be my personal favorites. there is a native version of newscoaster for USENET newsgroups, a twitter client called amitwitter, and a telnet/SSH client called amtelnet (although for connecting to most systems using SSHv2, the openSSH client on os4depot is a better bet). remote access to your other systems can be done via either RDP or VNC with the remote desktop client and twinVNC respectively. there are several bittorrent clients — such asctorrent and transmission — but i’ve never been successful with either. lastly you’ll want to check out xnet-rss for RSS streams and subscriptions, and either YAM or simplemail for email.

* productivity: this is an area of relative weakness for our platform, most of the office tools for amiga NG very old indeed. that said there are some pearls, such as MUIbase as a database system, pagestream for page layout, and the amicygnix environment which brings tools like abiword and gnumeric to the amiga. on the classic side you might be interested in amigawriter from alinea (still sold today) or wordworth 7 for word processing. some folks swear by finalwriter 97, but that’s rather tough to find a copy. spreadsheets are rather old: some still use turbocalc 5, although i much prefer staram plan which is available freely.

* video: there are two varients of mplayer, the older reaction-based version and the more recent MUI-based port from morphOS. i’ve had much better performance with the reaction version, and coupled with mplayer-GUI, i quite like it. i’ve also purchased DVplayer and recommend it wholeheartedly. if you need to convert between formats ffmpeg and its accompanying GUI utility is rather useful and full video editing is possible in blender.

this post is getting way too long, so i’ll skip games and utilities for some other time. enjoy your new amiga NG! 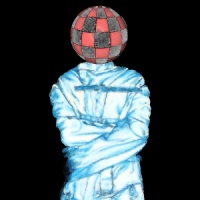 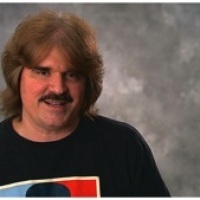