Some of little White lies …

1. We will do All in One Amiga computer

So many A1200 and A500 photoshopped pics and they never did it, Loriano was better and with more style.

2. We will support and develop AROS

They blame it on Hyperion that has threatened with legal action, but hey, its easy to build AROS compatibile sys

They promised AROS development (see Leos post at Aros.exec and them shamefully bashed AROS just because they needed to pay for drivers to get it working on C64x.

They have just bloated Mint 10 distro, and yet its slow, with awful speech synth and doesnt support well hardware. Better use real MInt 13

4. We are open source power

No, you just steal someone elses work, and you dont invest in Linux at all

No you are just abusers of its fame, you are 4 man and a dog. One is IT literate, non is polite and human.

As much as Amiga Inc that every your buyer sponsor and keep alive.

Apple should sue you for Amiga Mini and VIC Mini, as well as for supporting Hackintosh. Tommorow I will writte to Apple

They do unique designs of computers and periphals with taste, and do have OS of their own.

( yes I did wrote to Apple)

8. We will beat Dell

No you will not with such prices

9. We produce a lot of computers

Judged by size of community, where many people are just COS users on their own hardware, you are just OEM rebrander that works on demand, low demand. And your pyramid multilevel scheme needs real dumb people to go.

10. We have 30 million budget, we will buy all Amigas, PowerPC is dead

No, budget was just fakerism your sad PR invented, you will never buy real AmigaOS, PowerPC is more alive then all of you. You even ripp of Amiga Forever. 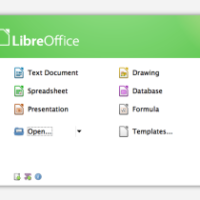